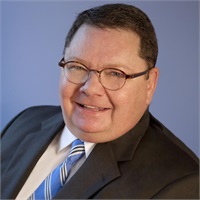 After spending over 25 years in banking, primarily in Trust and Private Banking, Tom became a Registered Representative in 2009. He joined Generations Wealth Advisors in 2015.

A graduate of Indiana University’s School of Business (Bloomington) in 1984, Tom holds his Series 6, 63 and 65 as well as his life and health licenses. He has worked in the area of company benefit plans for over 20 years.

Tom lives in Granger and enjoys all types of sports as well as being an avid outdoorsman.